Our Thoughts on the Behringer DDM4000

Below we will talk about some of the most important things about the Behringer DDM4000, such as its key features and what customers are saying about it. So if you are thinking about getting your hands on this professional digital mixer, don’t stop reading now. 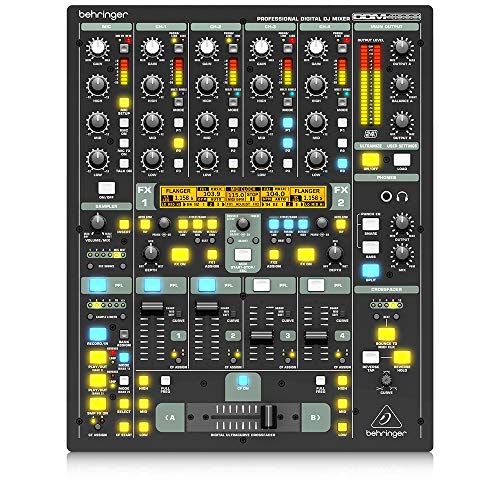 The Behringer DDM4000 is neither the smallest and biggest mixer in the market — it’s just the right size, which makes it more portable than its bulkier counterparts. Despite having a modest body, the manufacturer of the product was able to cram an assortment of features onto it. Some of those that stand out include:

It’s no secret that Behringer is one of the most respected and trusted manufacturers of audio equipment. With years of industry experience, it knows what consumers want. This is why we fell in love with these DDM4000’s features:

Who is This Product Best Suited To

One look is all it takes to know that the DDM4000 was engineered by Behringer primarily for professionals. The German company also equipped the product with some features and tools that DJs and record producers will appreciate. Needless to say, it’s ideal for consumers who are looking for a versatile mixer that can impress with its capabilities.

As mentioned earlier, the Behringer DDM4000 is just the right size — it’s not too small and it’s not too big either. This means that it won’t take up a lot of precious space on one’s workstation. However, do take note that the unit tips the scale at a little over 10 lbs, which means that it’s not really the most portable average-sized mixer.

What Customers are Saying

A lot of those who paid for the DDM4000 say that they’re glad that they invested their money in the right professional mixer. It is capable of doing what Behringer says that it can do. With so many features available, consumers agree that they are only limited by their imagination. However, some owners of the Behringer DDM4000 say that the interface is simply too cluttered with knobs, buttons and sliders, which can sometimes keep them from performing with 100% precision especially in dimly-lit environments.

Definitely, the Behringer DDM4000 is intended for professionals with sufficient amount of industry experience as the unit comes with advanced features, including those that are not found on basic or entry-level mixers.

Read our breakdown on the Best DJ Mixers >>