Our Thoughts on the RCF Evox 12

Have you seen the RCF Evox 12 in pictures or in person and now you’re thinking about owning it? Then make sure that you read this quick review first before you buy it. Below we’re going to discuss some of the most important matters about this eye-catching professional speaker. 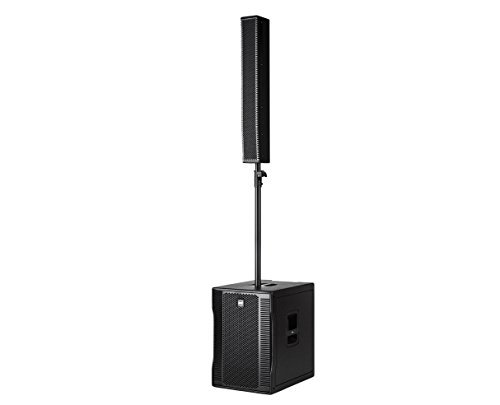 One look at the RCF Evox 12 and it’s enough for anyone to know that it means serious business. That’s because it consists of a large main speaker and a long subwoofer resting on it on a pole. But the product is doesn’t just look good — it’s also a great performer. Let’s take a brief look at the RCF Evox 12’s key features:

The way that the RCF Evox 12 towers over other audio equipment is impressive. However, we love that it also performs really well. Aside from the key features mentioned above, here are some other things we like about it:

Who is This Product Best Suited To

There is no doubt that the RCF Evox 12 is engineered for professional use. Its design allows for a striking setup, although it can also be dismounted and arranged in a way that the user deems necessary or effective. Thanks to the 15-inch sub woofers, the RCF Evox 12 is suited for performances in which there’s a lot of bass.

Even though it’s dubbed as a professional speaker, the RCF Evox 12 is also perfect for beginners. This is especially true for those who have just kick started their accumulation of audio equipment. That’s because the RCF Evox 12 includes everything from a speaker, amplifier, pole mount to the cables.

What Customers are Saying

Because of the powerful amplifier and generous subwoofer, it doesn’t come as a surprise why a lot of those who purchased the RCF Evox 12 are raving about the audio quality. According to them, the speaker not only produces clear and loud sound, but also deep and punchy bass. However, many are surprised at how heavy the speaker is, although the integrated wheels help to make moving the RCF Evox 12 easier.

The RCF Evox 12 appeals to both professionals and newbies alike, provided that what they’re after is a speaker that can impress with its looks and performance.

Read our breakdown on the Best DJ Headphones >>